I've had the Emery dress pattern for a while and had planned to make a plaid version inspired by the TV show Outlander which is set in 1700s Scotland, however once I received this Merchant & Mills "Jones town" linen I knew this was the right fabric. I am completely obsessed with both the TV show and the book and I am currently making a cowl also inspired by the show.
Most of the time I buy fabric and patterns together, for what I imagine in my head, but my heart skipped a beat and I had to have this fabric! It's a gorgeous soft blue linen that holds a crease so beautifully but does not seem to crease much on it's own. 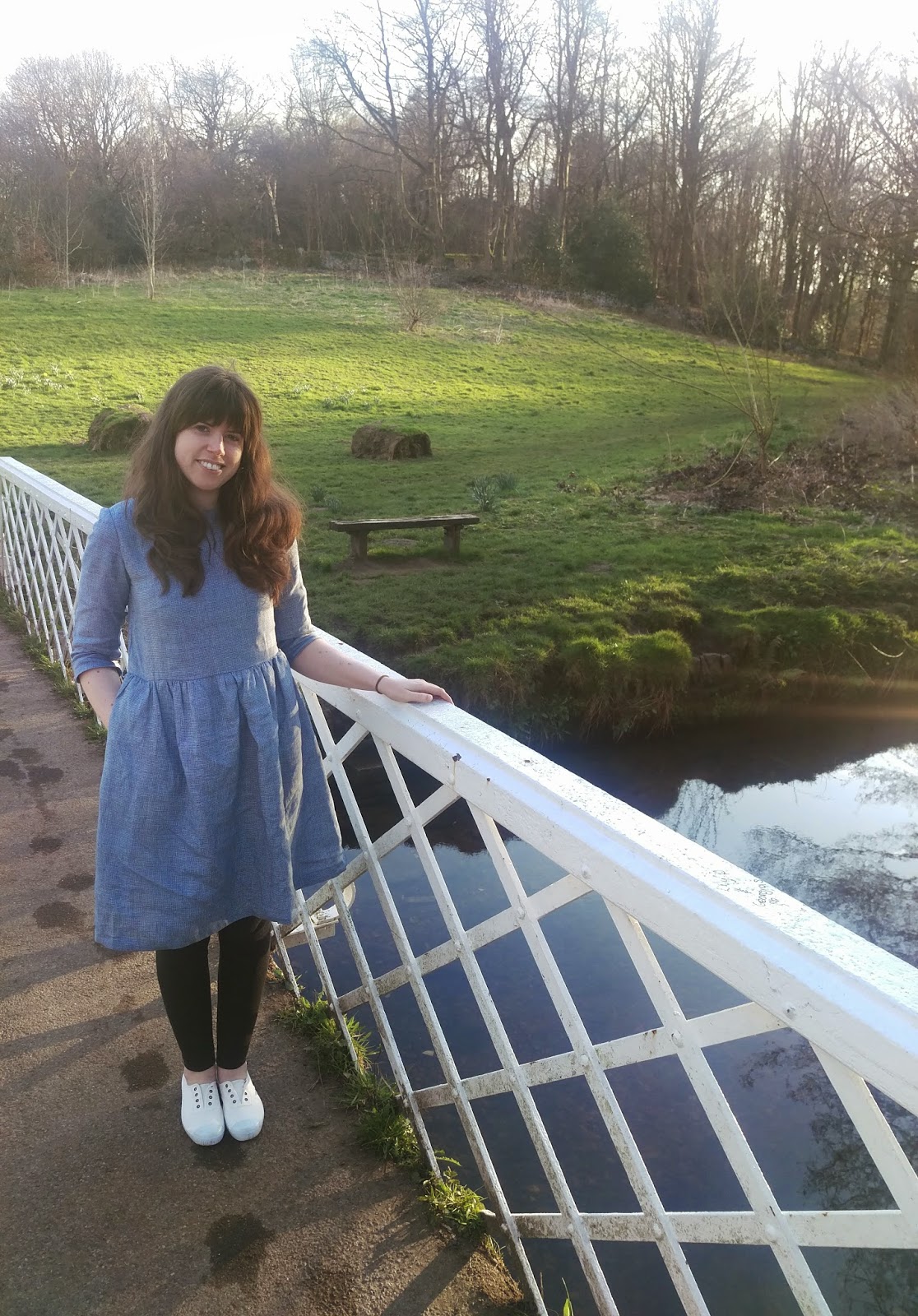 The dress jumped to the front of my sewing queue, but I just could not decide on sleeves/no-sleeves. I cut the long sleeves out and then left them to one side to debate.
Halfway through sewing the lining I realised the way I was sewing it would leave the armholes raw instead of enclosed and so I had to include the sleeves too. 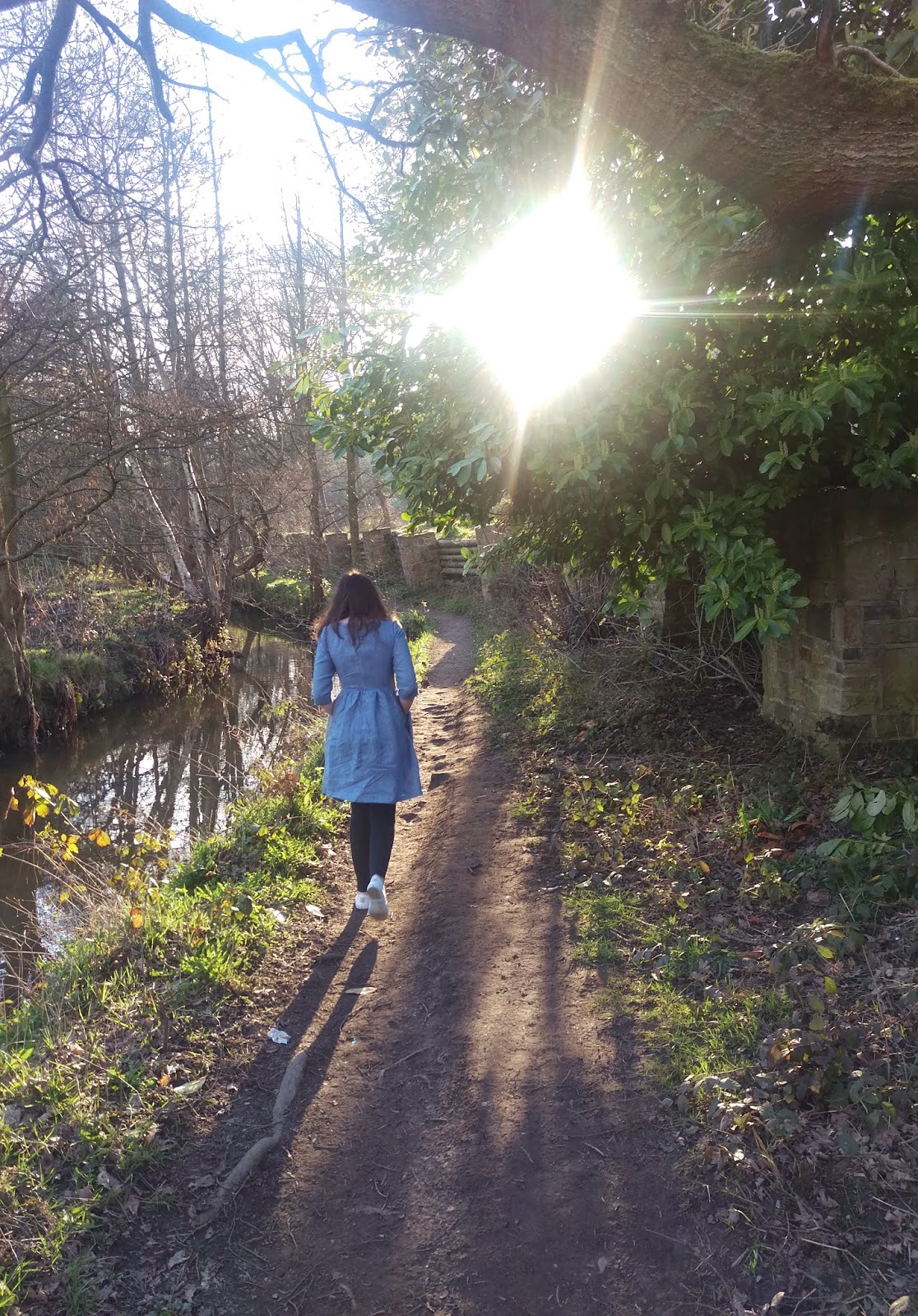 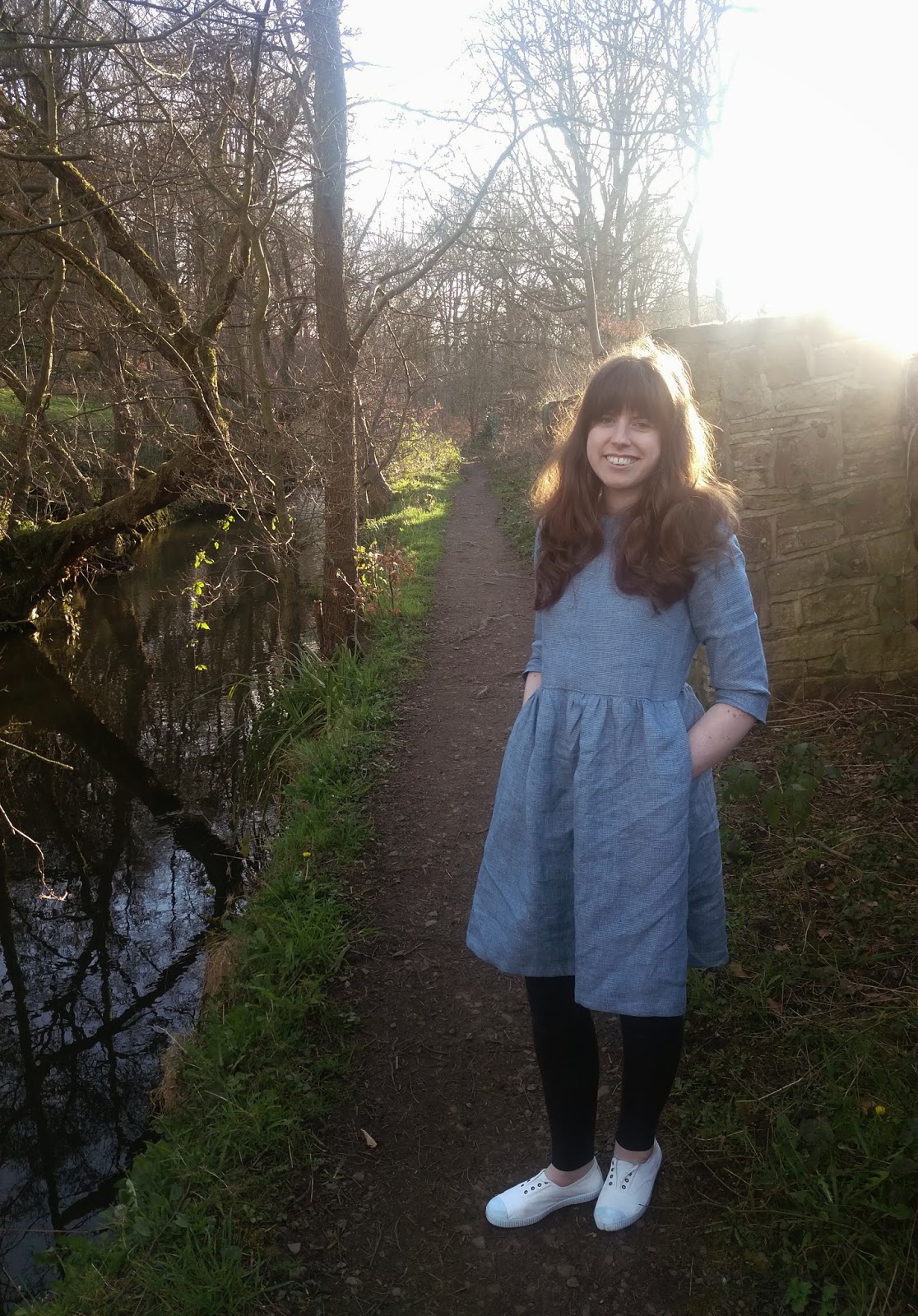 I had a little trouble sewing the lining, I'm not very good at envisaging things inside out/right sides together and so was sewing blind at points, not quite realising how it was going to fit together. I had a quick google and found Christine Haynes sew-a-long which made it a lot easier to understand! I lined my Lilou dress but as that one is sleeveless the method is slightly different and instead of pulling through a shoulder you just pull through the bottom of the lining. It makes for a beautiful finish around the zip as well. 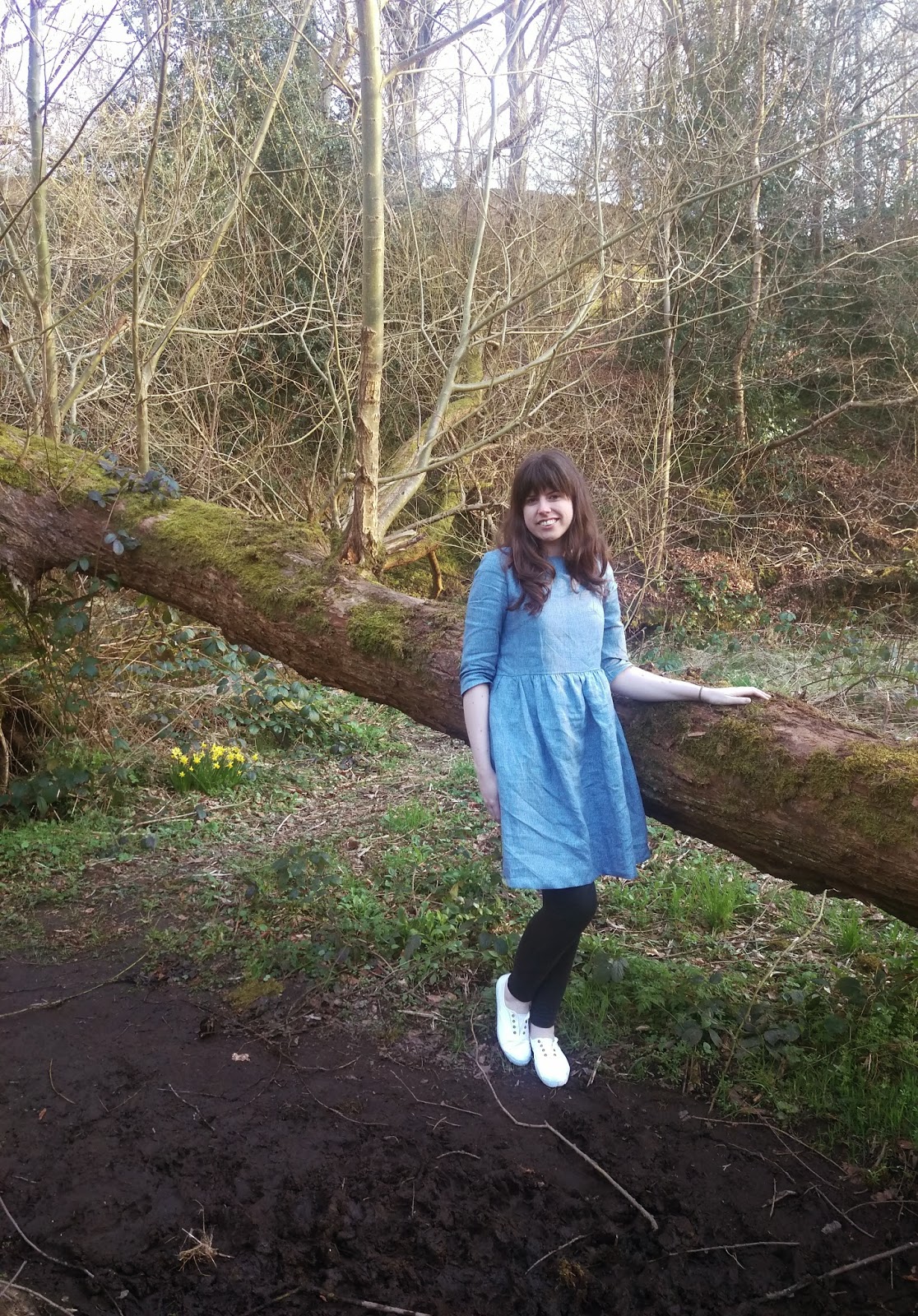 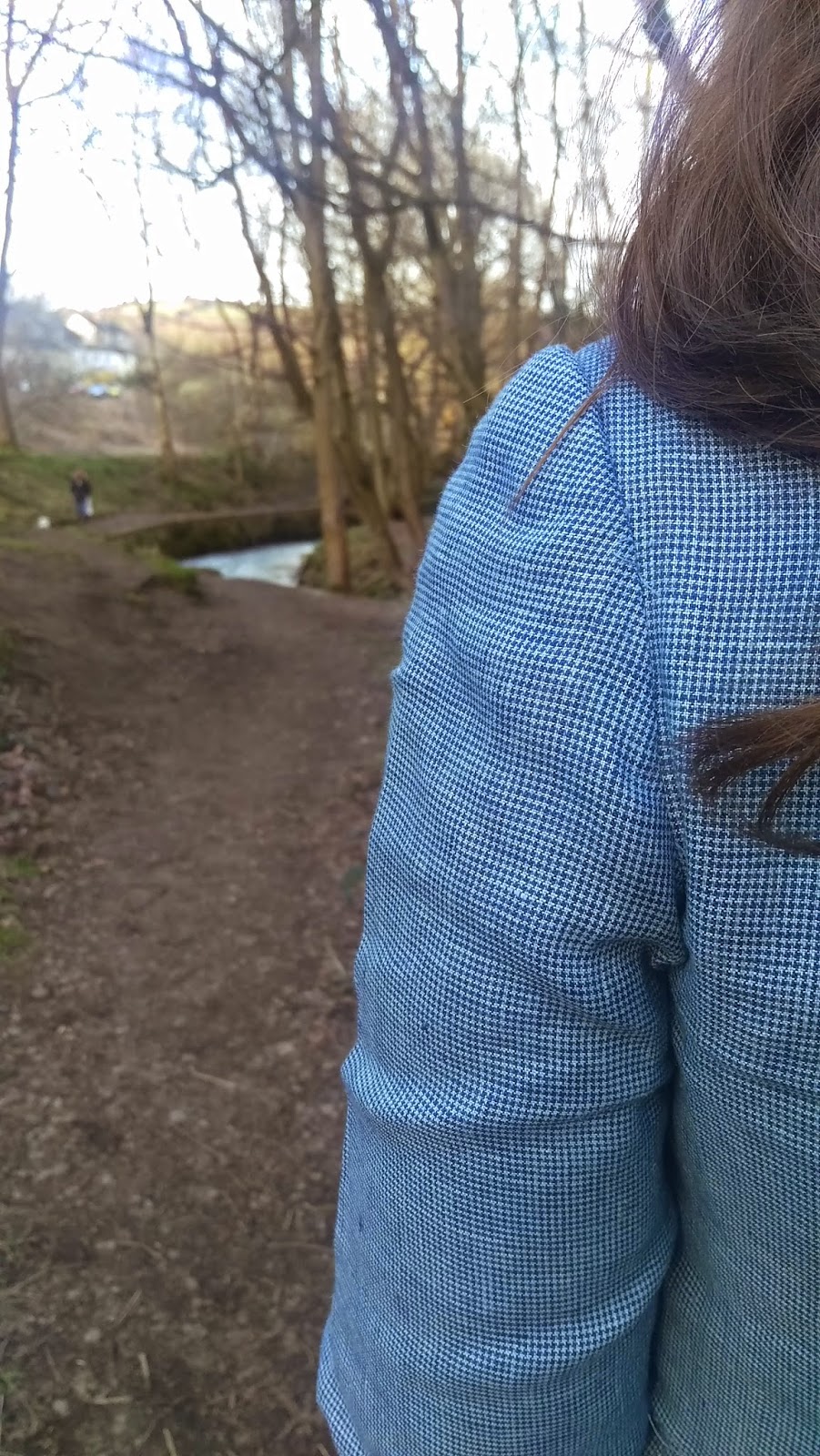 Does anyone else find setting sleeves in a bit like doing liquid eyeliner? It either goes right first attempt or you're arsing around for ages trying to get it right. A bit like zips that way. One sleeve went in and I missed the outside of the dress so the lining and the sleeve had been sewn but not the dress itself! Then I kept catching bits of the sleeve that weren't supposed to be sewn. All in all I must've sewn it 4 times... the right sleeve went in with absolutely no bother! 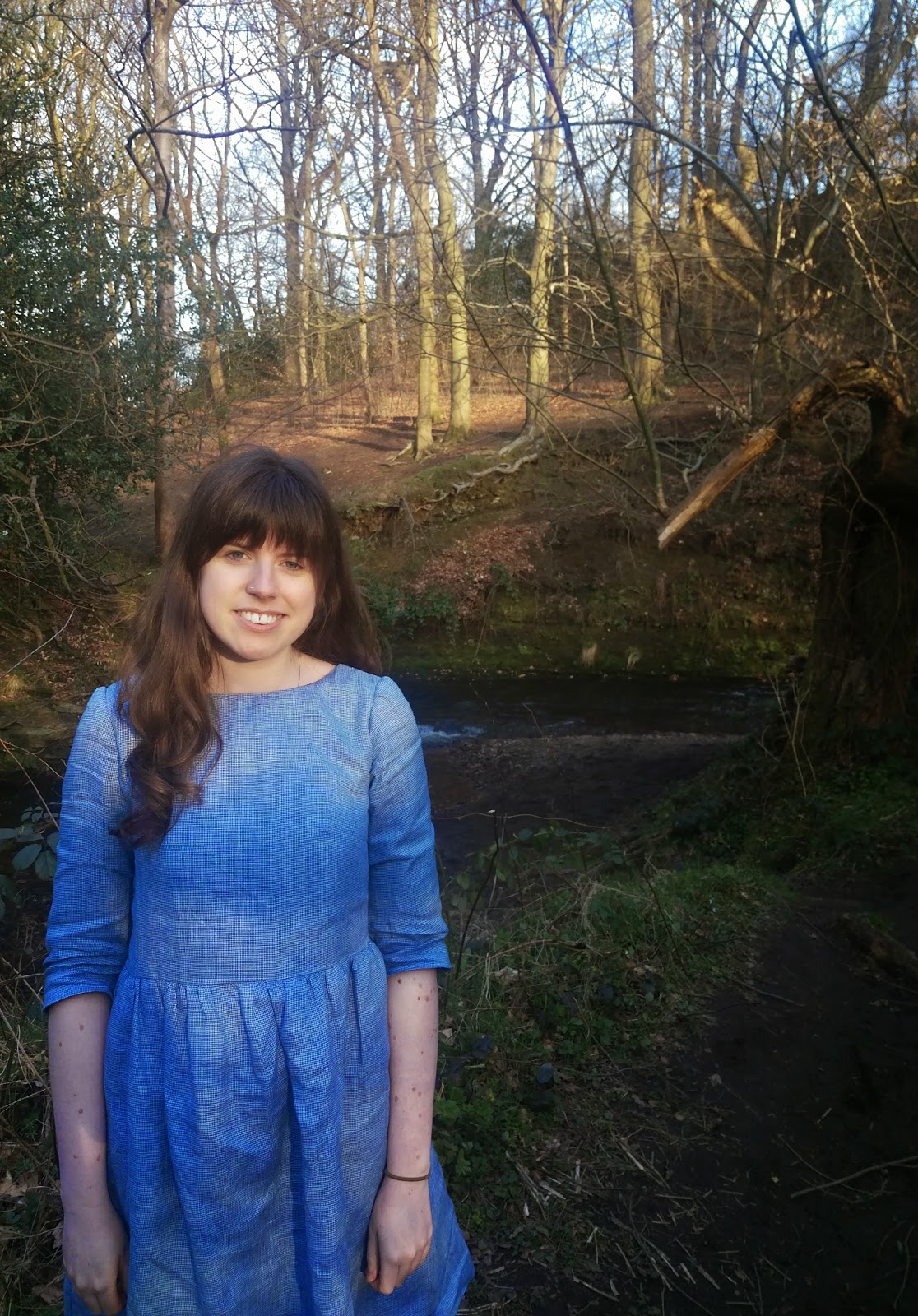 I sewed a straight size 4, grading to a 6 for the skirt (I wanted a fuller skirt) and left off the waist darts as I wanted it to be a looser fit. I definitely achieved that but not as much as I would've liked. I love really exaggerated silhouettes like Cabbages and Roses do. 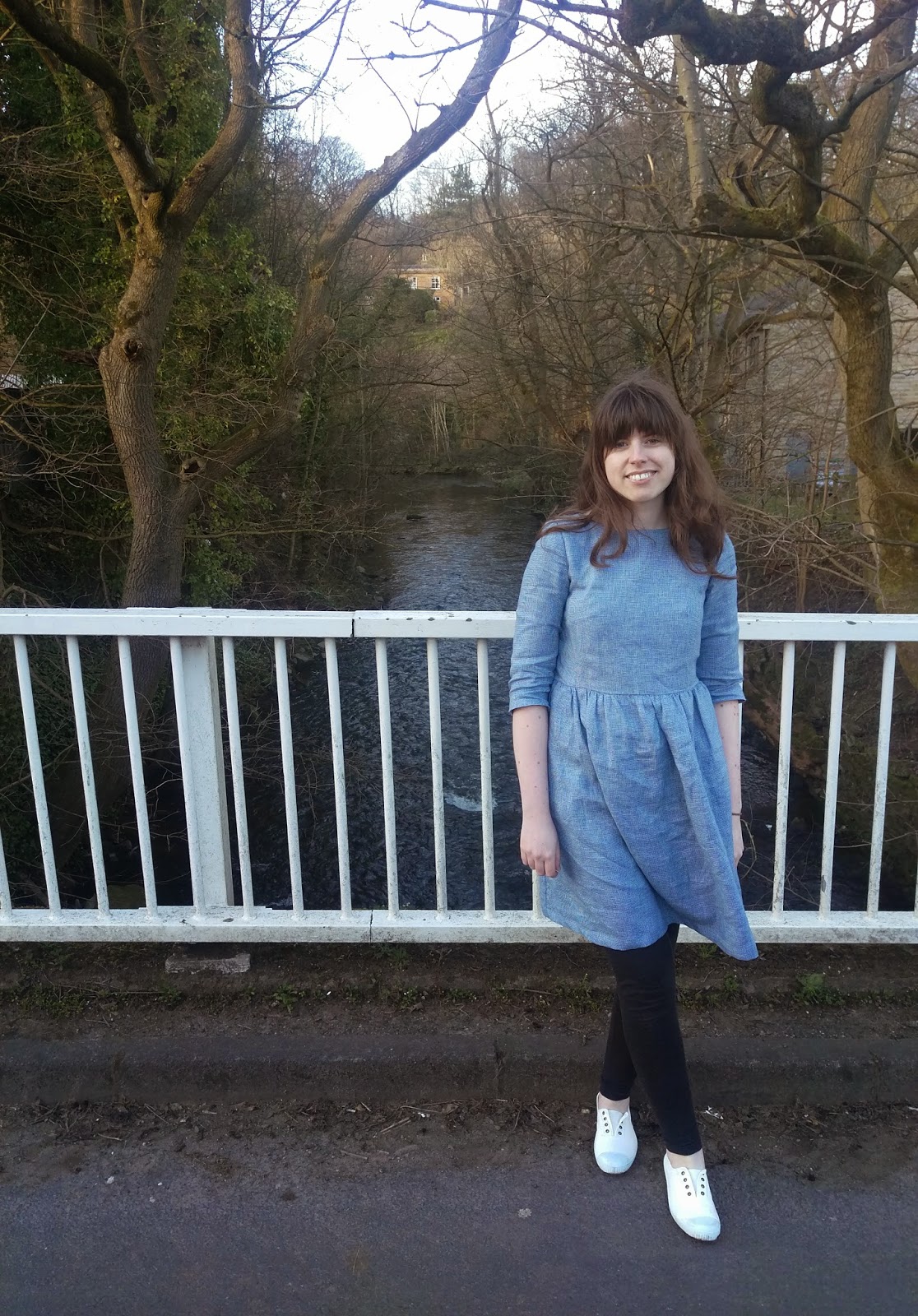 I tend to sew in a couple of hour chunks but I felt like I was sewing this dress for an eternity! It took me a week to finish and that was whilst being off work. By the time I was sewing the sleeves I hated this dress. Having said that, after wearing it all day I am starting to like it more.

Having said that, this is the best dress I've ever made in terms of construction, all the seams are zig-zagged (hot damn I need an overlocker) and the insides are just a beautiful on the outside. The only flaw is the fact that I lined the top of the zipper tape instead of the top of the zipper tab and therefore there's a slight gap at the top of the dress. I'm going to hand sew a hook and eye to fix it. Check out that not quite invisible zip! I first tried to sew in a zip after having a drink...that ended with a wonky zip and a broken needle. Don't drink and sew people! I have to say this is definitely not going to be my last Emery dress! 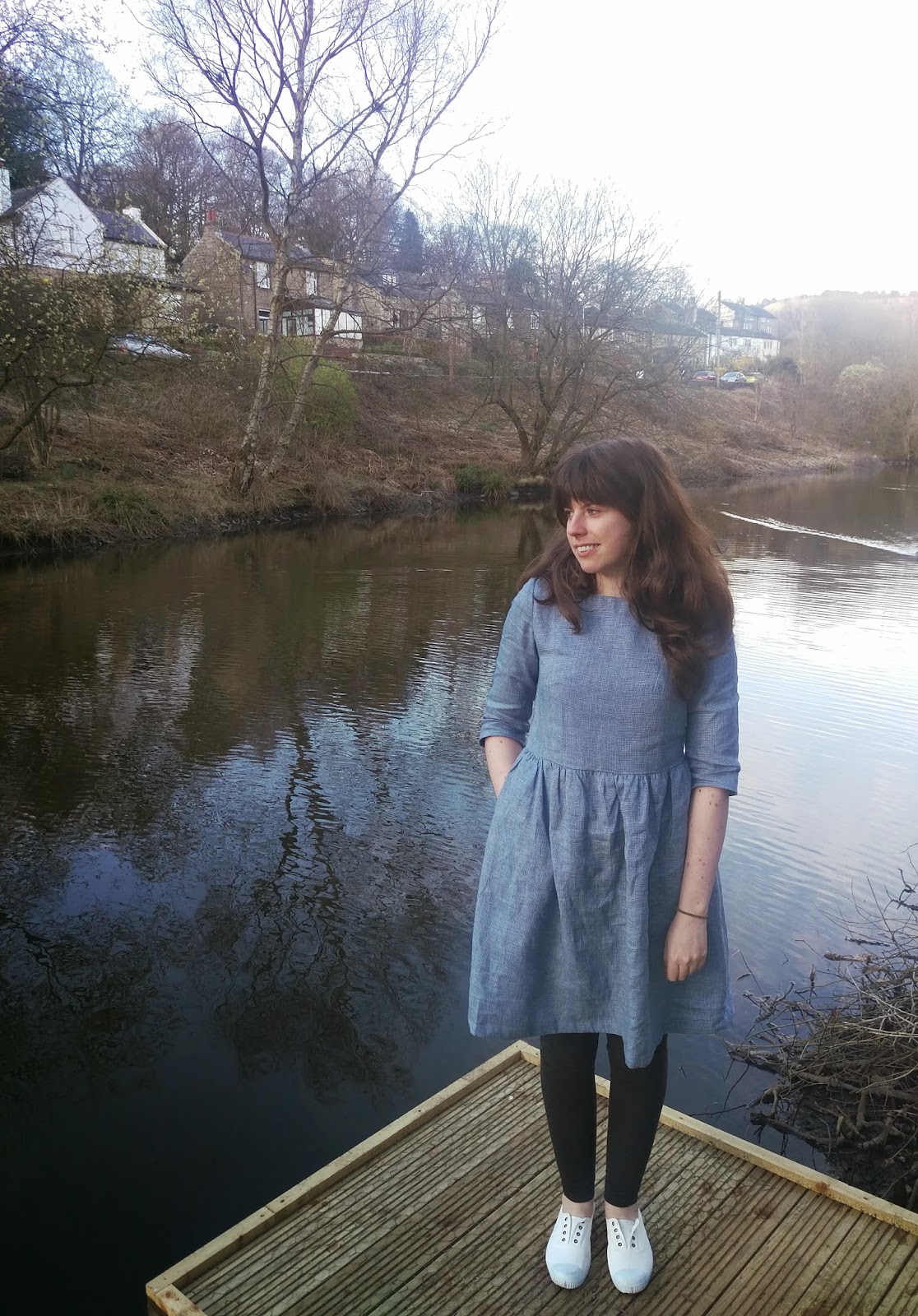 Aaaaand one more awkward photo for good luck! Me and Gary headed out for a walk, I was bribed by having some semi decent photos taken for my blog, but I kept cracking up laughing at how ridiculous I must look. I have to say they are an improvement on the rubbish photos done in our house!
Posted by Amy Brown at 1:22 PM 3 comments:

A trip to Edinburgh

We decided on a last minute break and after watching many episodes of Outlander, I fancied a break to Scotland, specifically the Highlands. After a quick google and realising how far the Highlands actually are we decided on Edinburgh!
We booked the top secret hotel with Last minute and got a holiday inn near the Edinburgh zoo. We were both really disappointed and I posted a tweet about it. Last minute contacted me and offered me a refund. After much googling and research we picked another top secret hotel and this time got the Malmaison! 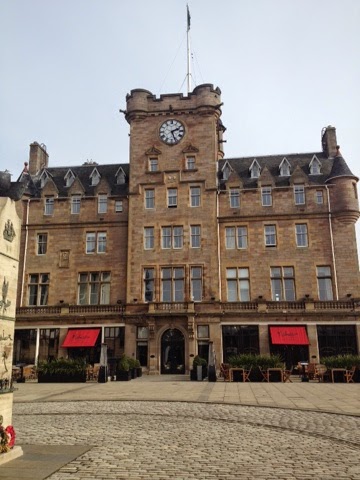 We drove up to Edinburgh, it took around 5 hours from Huddersfield which wasn't too bad. I managed to get a wee bit of knitting done too! 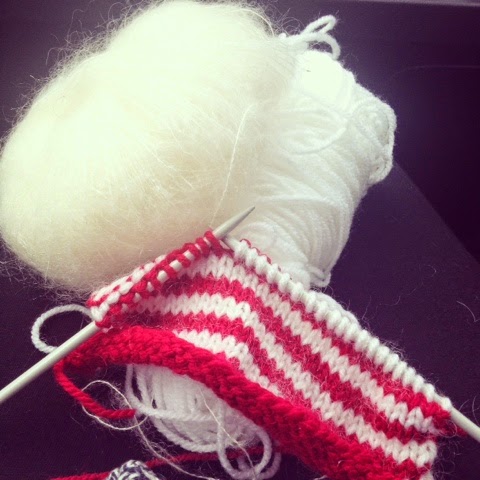 The Malmaison is in Leith which is near the port, around a ten minute bus ride from the centre. 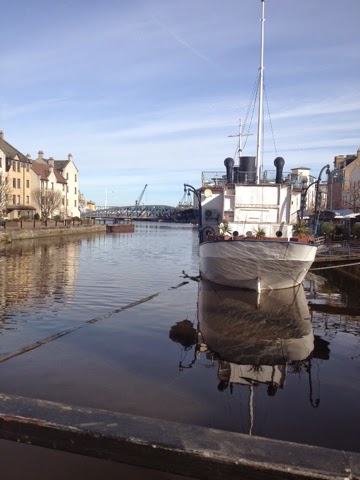 After a quick rest we headed into Edinburgh for something to eat at the Hard Rock Cafe and of course took a picture of the castle. 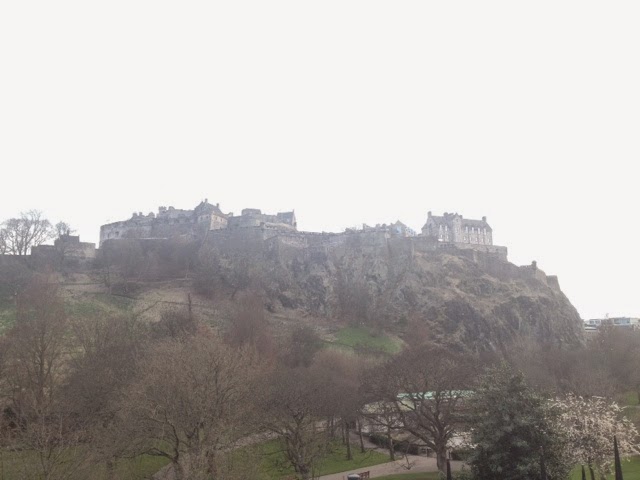 The next day we had a wander around the city, I found Anthropologie 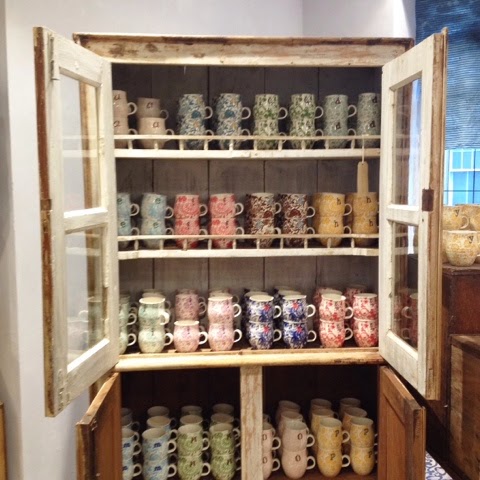 We also did all the touristy things like walking around the castle and along the Royal Mile. 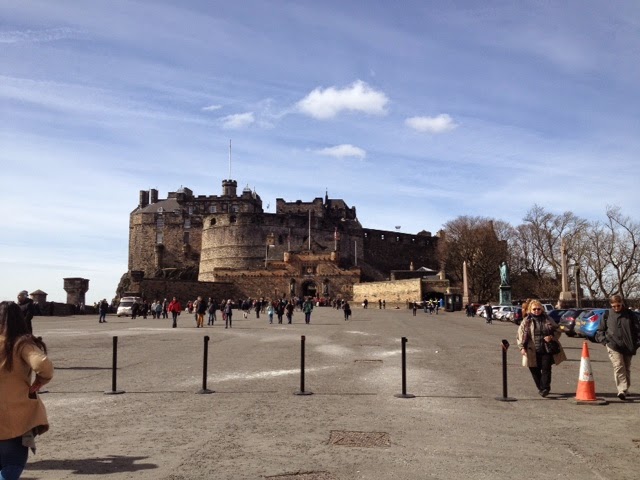 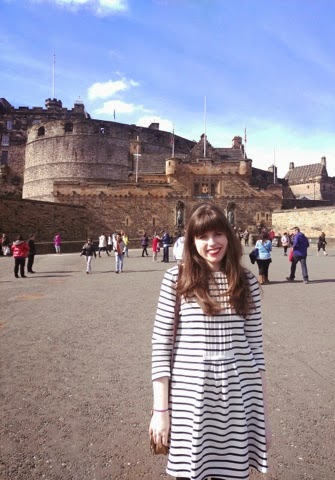 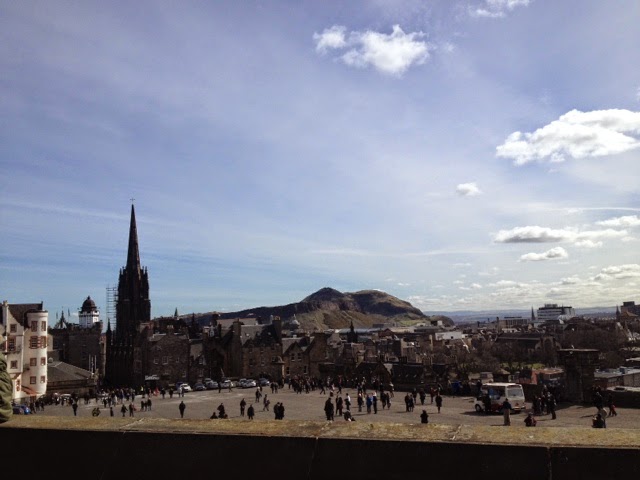 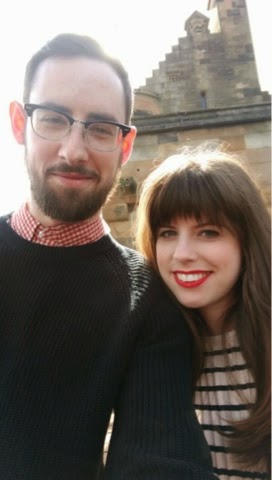 We had a fantastic time in Edinburgh and I fell in love with Scotland. I can't wait to go back! I'd really recommend it for a break away.
Posted by Amy Brown at 3:43 PM No comments:

Amy Brown
Hi! My name is Amy, I live in Yorkshire, work as a full time teacher and in my spare time try every craft I can! I'm mostly a dressmaker and can knit in in a straight line if I concentrate reeeeally hard. Say hello at amypsychologyteacher@gmail.com!